David H. Locke of Wellesley and Holliston, a longtime Wellesley attorney and legislator, died December 12, 2019, after a brief illness.  Born in Boston on August 4, 1927, Senator Locke, the son of Dr. Allen W. Locke and Florence Henry Locke, was raised and attended public schools in Wellesley with his three siblings.  In 1945, Senator Locke graduated Wellesley High School a year early in order to enlist in the U.S. Marine Corps.  Upon his discharge, he attended Harvard College, class of 1951, and Harvard Law School, class of 1954.

While in law school, Senator Locke married the late Barbara Blood and they had five children: David B. Locke, Jeffrey A. Locke, Jennifer Locke, Amy (Locke) Hiam and John A. Locke.  Four of his five children followed him into the legal profession, and sons David B. Locke and Jeffrey A. Locke are currently serving as Massachusetts state court judges.

In 1955, Senator Locke was a founding partner in the law firm of Dempsey, Jameson and Locke located in Wellesley Square.  Up until the time of his death, he continued to practice at the same location; the law firm becoming Jameson, Locke and Fullerton and later Locke, Fullerton and Lundwall.  For the past twenty-seven years, he enjoyed practicing law with his son John A. Locke.

Senator Locke was a longtime leader in the community with a distinguished record of service to the town of Wellesley.  He was first elected to the Town Meeting in 1949 and re-elected for forty years.  He served on the Wellesley Advisory Committee and later on the Board of Selectmen, where he served as Chairman.

In 1960, at the age of thirty-three, he was elected to the Massachusetts House of Representatives where he served for eight years.  In 1968, he was elected to the Massachusetts State Senate, where he served for twelve terms, retiring as the Senate Minority Leader.  He was widely regarded as a skilled orator, master of the rules of Senate debate, and a tenacious and eloquent advocate for the taxpayers of the Commonwealth.  He was often called the “Greater Debater.”

Senator Locke leaves behind his dear friend and companion Marie Navin of Holliston, his five children and their spouses, and ten loving grandchildren. 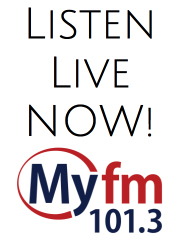 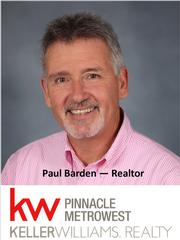